Training and Preparing for Everest

People often ask what it takes to get ready for climbing Everest so I thought I would try to answer this by telling what I have done. Please don't come away from this blog believing I am some sort of super athlete. The truth is there are tons of people in better shape than me. I do the best that I can and then just gut it out once I'm on the mountain. Someone once said that just being in the best shape of your life is not enough; you need to be in what he called Everest shape. The summit push on Everest lasts five to six very hard days so I train six days in a row then take Fridays off to teach my body to handle the stress. Since eating and drinking up high and in very cold temps is so hard, I try to not eat or drink while exercising to develop a tolerance for it.

A year or so ago I partially borrowed an idea from a great friend of mine named John Dahlem. I have established an imaginary bank I call the Mt Everest Bank of Strength. In this bank I have a savings account and I try to make some sort of a deposit every day because for the two months on Everest I will be making withdrawals, and the summit push will entail some very large ones. I want my balance to be big enough to cover the checks I'm about to write! I had some stickers made and put them on everything I use to keep in shape as a little reminder of what I need to do. 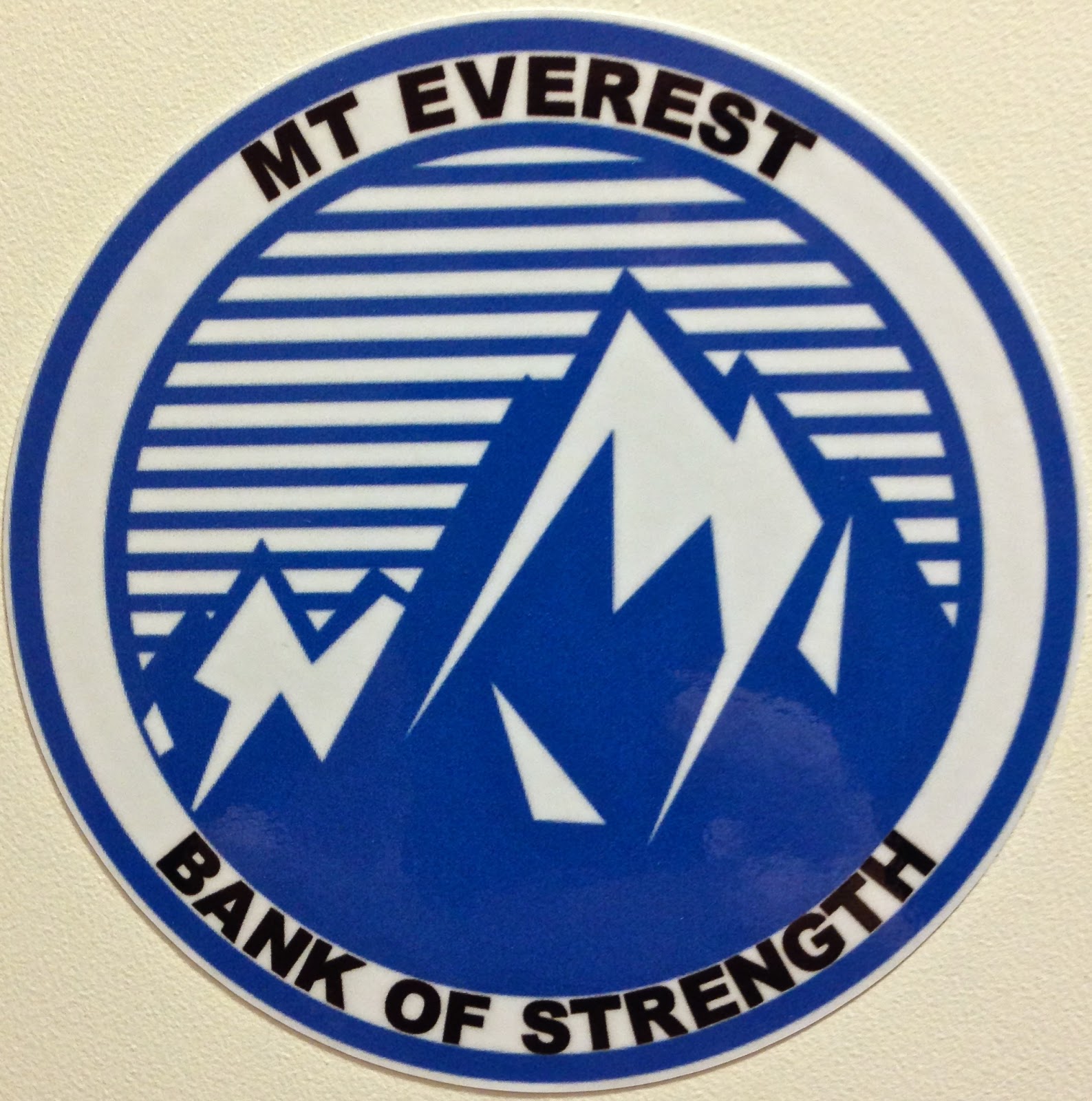 For many years I have worked out as follows to be in good shape for my climbs: On Saturdays, Mondays and Wednesdays I lift weights for 45 to 60 minutes focusing more on my leg and core strength than upper body strength. 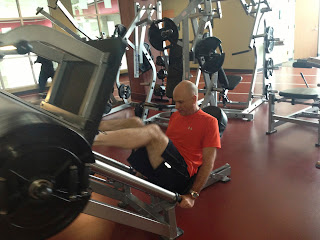 In the final few weeks before a big climb such as Everest I have a machine at my office that really works me hard. It's called a Jacob's Ladder and I use it two or three mornings each week for 20 or 30 minutes in addition to my regular workouts. It is essentially a ladder on an endless belt and works my legs harder than almost anything I've done. It also gives you a very hard cardio workout. It isn't fun but is definitely effective.


This week I'm in Colorado skiing. I will try to ski every run non-stop and then at the end of each day I try to skin up about 1,500 feet and then ski back down. This makes for some sore legs the next day.

Everest, like any big mountain, is also a huge mental challenge. You need to be willing to push yourself to the edge all day every day and do it in difficult conditions. It is intimidating to be climbing up a mountain at midnight, in a storm and essentially by yourself. Factor in very cold temps, huge drop-offs and very low levels of oxygen and it can be downright scary. With this in mind I needed to gain experience with this sort of thing so I have climbed lots of other mountains, often in bad weather and/or alone, to help me on Everest. 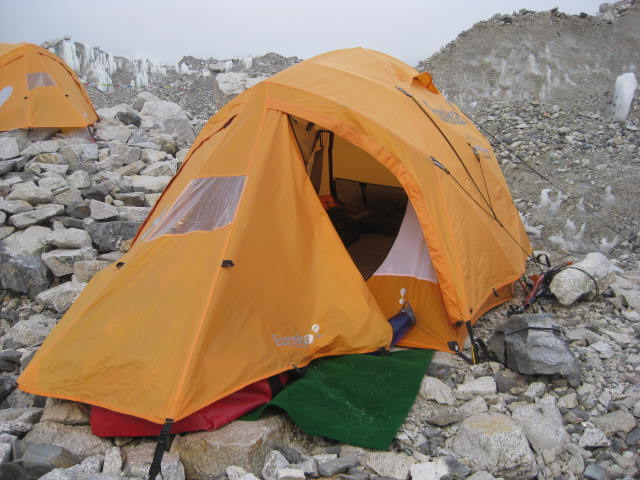 Everest also makes big demands on your "mental endurance". Being away from family, friends and your normal routine is difficult. Not knowing much of what is happening in the world is hard. You are at such a high elevation that there is essentially nothing growing. I didn't think much of that until I'd been up high for many weeks and returned to the real world and was amazed at how alive and green everything was. I found myself needing to soak it all up. I now bring a small piece of green outdoor carpet for the front of my tent which I call my front lawn. 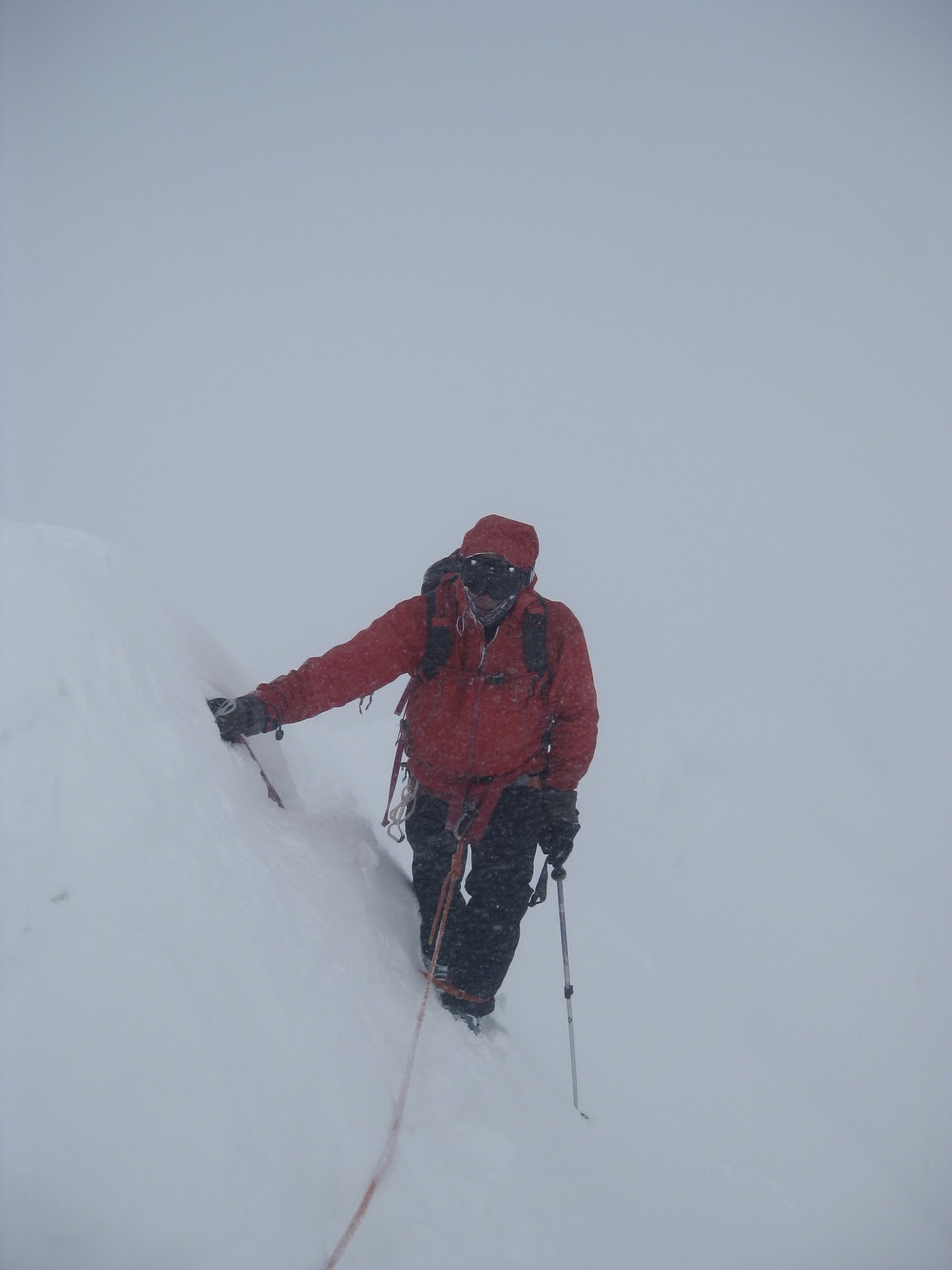 You also need a lot of skills that you don't naturally have. Cramponing, self-arrest with an ice-axe on steep slopes, rope handling, rappelling with a big backpack, winter camping, looking after your own health when it almost seems obsessively selfish and trying to eat and drink when your body says "no" are all things I've had to learn.

All of these challenges are compounded by the elevation. It is hard to explain to people how hard it is up high but here is one way I recently thought of. I was flying over Colorado and gazing down on the mountains as I always do. It occurred to me that the plane was at roughly the elevation of Everest's summit and the 14,000' peaks below looked tiny. In other words, if you could somehow transplant Everest to Colorado those 14,000' peaks would look like insignificant foothills. The lack of oxygen (there is only about 1/3 the amount of oxygen on the summit compared with sea level) makes even the simplest task such as putting on your boots an aerobic event. On my last attempt I needed to stop after the first boot to catch my breath before putting on the second one. If you took the world's fittest athlete and magically transported him directly to the summit and put him on a couch in a heated room, he'd be dead in 30 minutes. This is why climbers spend the better part of two months acclimatizing before they head for the top.

Everyone has their own personal altitude limit and this is a genetic limitation. Some very fit athletes may find their limit is significantly lower than a person who can't perform anywhere near their high standards at sea level. This is an important reason why people should work their way up in elevation over several different climbs; you don't want to discover you have a problem with elevation while high on the side of Everest with no hope for rescue.

Finally, here is a link to Alpine Ascents' guide to preparing for an Everest climb: Training for Everest

Posted by RobertKay at 1:35 PM