I clearly remember saying that I was finished with high altitude mountaineering after my near death experience on Everest in 2016. But, they say the best mountaineers have the worst memories, and I am the first to admit that my memory is not the best.

Therefore, I am heading back to Kathmandu in early April to take a shot at climbing 27,940' high Lhotse. It's the fourth highest peak in the world and is on the same ridge as Everest. This ridgeline is horseshoe shaped and has Everest on the left, Lhotse in the middle and Nuptse on the right as you are looking up at it from base camp. 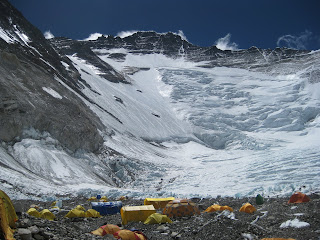 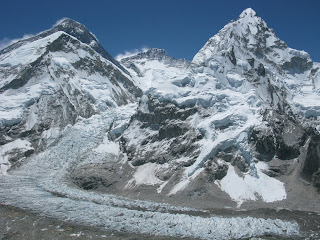 The route is a repeat of what you use to summit Everest until a bit above Camp 3. Between C3 and C4 the routes split with Everest's route going up and to the left in a climbing traverse and Lhotse going more or less straight up. It is a more technical climb that Everest but isn't crazy steep and in fact was skied for the first time last fall.

I am climbing with Mike Hamill, owner of Climbing The Seven Summits. He's a good guy and his company does a great job. Wish me luck!
Posted by RobertKay at 2:07 PM